Speak with a Moving Specialist Now

Welcome to Broward County, where you’ll find one of the most exciting places in the country to live!

Broward is located on the southeastern coast of Florida, directly north of Miami-Dade County and also bordering its northern neighbor Palm Beach County.

It has a population of approximately 2 million residents, putting it among the ten most populous counties in the United States.

The County is one of Florida’s three “chosen” counties that determine presidential elections (with Duval and Hillsborough).

It has so many exceptional qualities to boast about, but one that should be noted is its outstanding quality of life.

In fact, Forbes named it the second-best place in America to live in 2014!

Outstanding quality of life: ranked second in the country.

New Times Broward-Palm Beach has named it one of the top ten counties in Florida for fine arts, not to mention their tropical climate and almost guarantee of year-round comfort.

If you are considering moving, here are some additional reasons and alternatives of the best places to live in Broward County that you should take into account:

Are you looking for a town with all the amenities of a bustling city with a small-town feel? If so, Coral Springs is the place for you.

Known as one of the safest cities in Florida, it also has low crime rates and large green spaces that won’t break your budget.

Coral Springs is the largest city in Broward, with over 120 parks and miles of trails, making it a hot spot for runners, cyclists, and walkers. 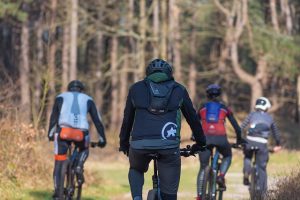 Sunrise ranked 8th in the 2018 rankings for best places to live in Broward County, according to Niche.

The city had an A+ health grade, a B business grade, and a B- housing grade. It also held the No. 28 spot for good for families.

“This is an area that has seen considerable growth in recent years, which reflects by its strong economy and high household incomes.

It also has excellent schools, attractive housing options, and plenty of recreational activities for residents to enjoy.

One of the best things about living in Plantation, Florida, is a family-oriented community.

The city has many amenities and activities to keep residents entertained, active, and socializing.

One such attraction is the Sportsplex. This massive facility includes an aquatic center with waterslides, fitness rooms, kiddie pools; a dance studio; a multi-purpose room with kitchen facilities; and open fields for outdoor sports like soccer, football, and baseball.

Davie is a suburban city located in Broward County, Florida. It was named after the D’Ville family, who were early settlers.

Davie has many parks, including:


The Town of Davie is also the nexus of higher education in South Florida.

The University of Miami has a campus in the city, as does Florida Atlantic University.

Nearby Nova Southeastern University recently completed a new medical school and hospital on the border with Weston. 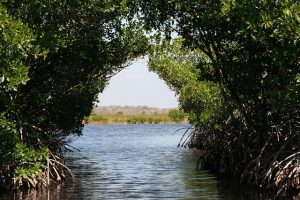 Cooper City is a city in Broward County, Florida, United States. The town was named for Morris Cooper, who moved his dairy farm to the current city location in 1944.

The demographics of this area are typical of a small Florida town consisting primarily of somewhat older residents.

Cooper City has several parks throughout the city where residents can relax, recreate and play.

Residents will find basketball courts, picnic areas with charcoal grills, walking trails that meander through natural habitats for birds and animals, or sit on a bench under a shade tree to read a good book.

With over 70 recreational facilities in the city, there is something to do for everyone. Cooper City residents can enjoy an array of activities such as:

Tennis, soccer, and swimming at any number of our city facilities.

Miramar has access to many parks that offer a range of things, from hiking trails to picture open spaces.

One of the closest parks in Seminole Park. This park has two ponds with fountains in them.

The bigger pond has a bridge that crosses it, and during the winter, there are even ice skating opportunities for children or anyone who wants to try it out.


The city of Weston is a location considered one of the best places to live in Florida.

Many outlets have ranked it an excellent place for people to move into and raise families, given its proximity to Fort Lauderdale and Miami.

In addition, it is close to several beautiful beaches, including those on the Atlantic Ocean and the Gulf of Mexico, as well as several different artificial lakes.

Weston is also located along the area’s famous “Gold Coast” and is just a short distance from other great cities such as Palm Beach and Boca Raton.

In addition, Weston has been ranked as one of America’s best places for business by Forbes magazine.

Wild Florida airboat tours bring more than just the sounds and smell of the Everglades to South Florida.

A new attraction in the City of Weston will allow locals to get up close and personal with some alligators, crocodiles, turtles, and native birds. 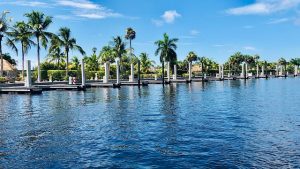 The City of Pembroke Pines is a city in Broward County, Florida, United States.

The city had a population of 154,750 at the 2010 census, making it the second-most populous city in Broward County and the 11th-most populous in Florida.

This Florida city near the Everglades looks like it’s stuck in the 1950s, complete with drive-in theaters and Main Street USA.

But life here moves at a current pace—with an average of 300 days of sunshine each year. (Sunny weather is the golden rule in the Sunshine State .)

There’s a reason why it calls itself P-pines!

The name comes from pines that grew at the Pembroke and Pines Golf Course, initially envisioned as a country club for those interested in citrus farming during the early 20th century.

If you decide on any of our beautiful places, you will have the best experience, count on us to support you professionally with your moving process.

Please leave it in our hands!